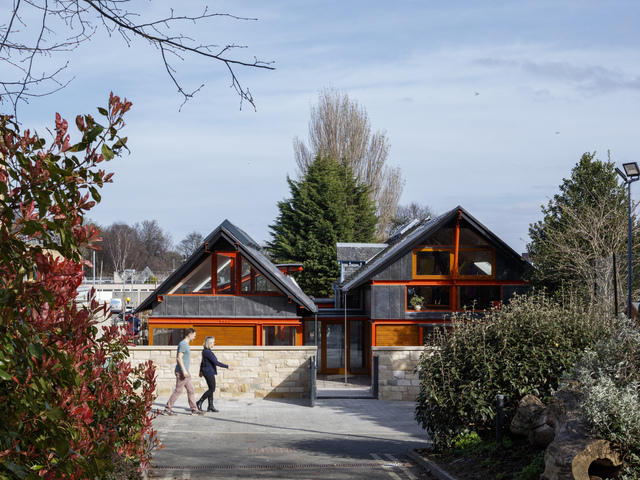 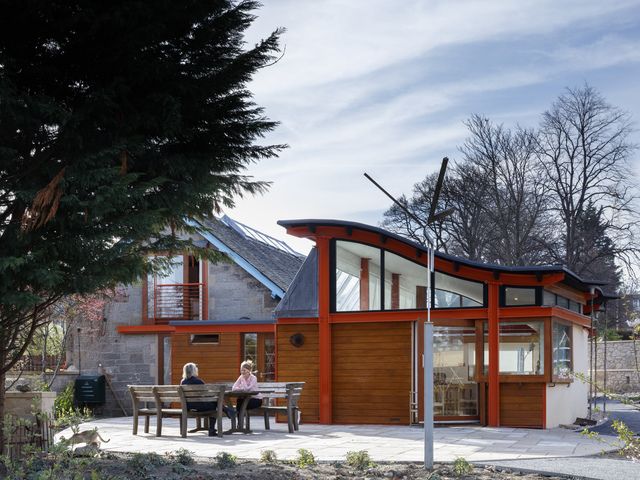 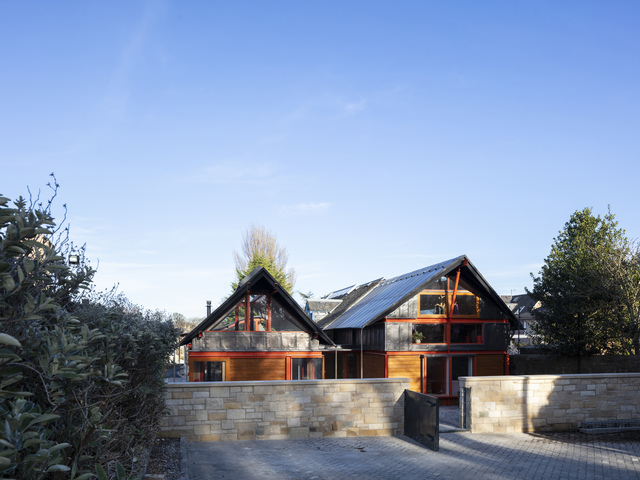 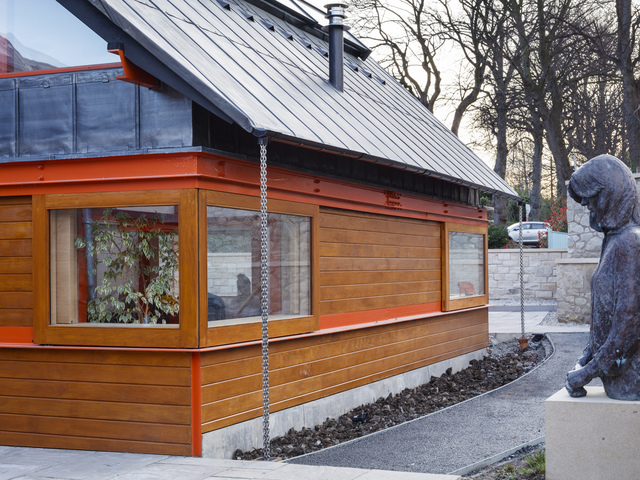 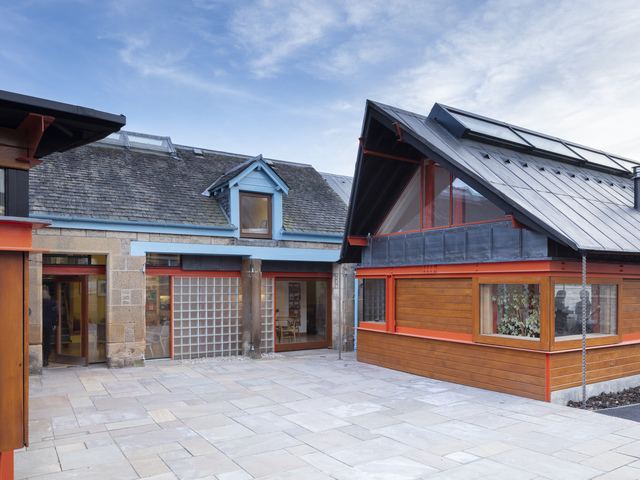 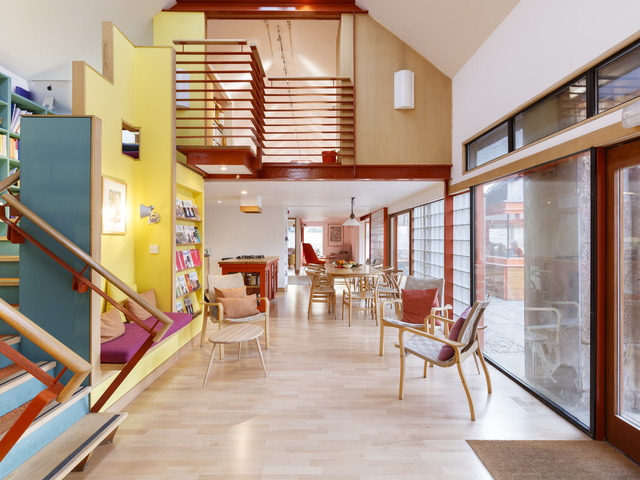 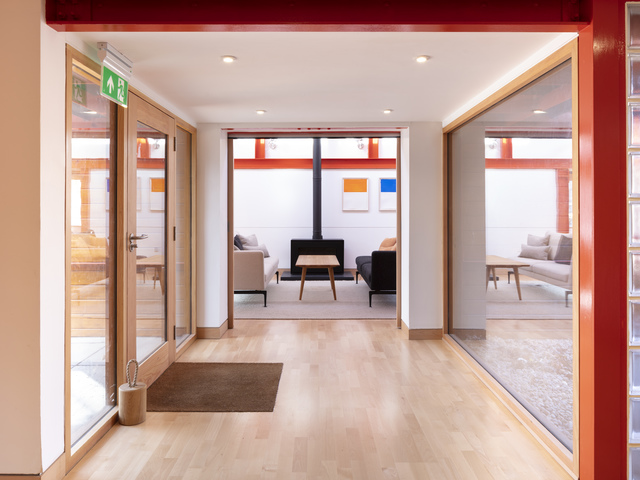 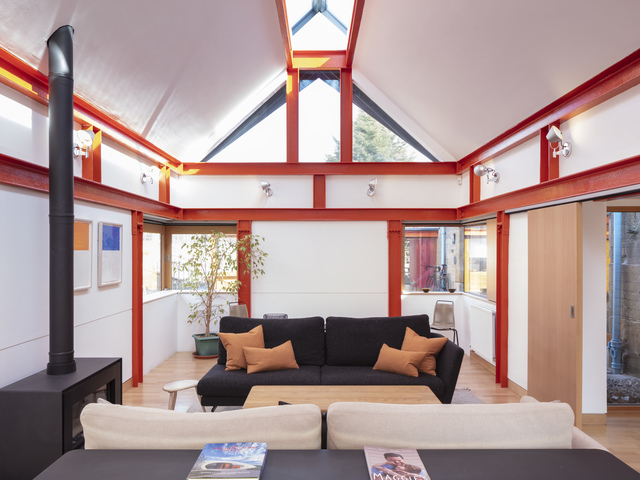 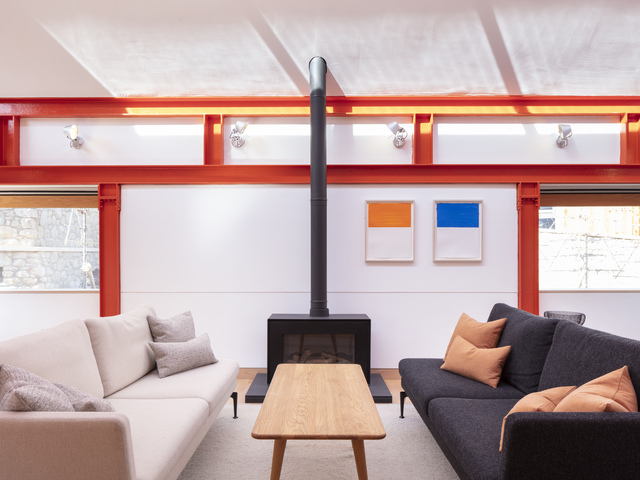 It was built in 1996 as a redevelopment of the old stable blocks, and blended traditional Scottish stonework with more modern architectural methods.

Maggie’s Edinburgh was the first centre to be designed and built, and Murphy has said his inspiration “was to slip a building within a building, with lots of little niches and intimate spaces”.

The open plan nature allows for an emotional openness, with sadness as well as laughter, while the more private spaces allow for peace and quiet.

We have been able to increase the amount of space available in the centre and the garden through extensions completed in 2001 and 2018.

The Emma Keswick designed garden has year-round colour and gives a calming transition away from the hospital, with George Rickey’s sculpture mirroring the simple movement of the Tai Chi.

In the summer, the garden becomes an extension of the kitchen table with people sitting out and meeting each other in the beautiful surroundings (when the Edinburgh weather allows).

Richard Murphy Architects is an Edinburgh based practice that was founded in 1991.

“Architecturally the idea was to slip a building within a building, lots of little niches and intimate spaces, all on the small side.” From 'Architecture of Hope', p97